After months of watching all the hype, rumors and flat out lies circulate around the saltwater tank forums, I’ve decided to launch my own experiment to put some LEDs in a reef tank to the test.

This page will be the page for experiment updates where I’ll keep you posted on what my findings are. I’ll post regular updates and feel free to leave your comments below as I’d love to hear your thoughts.

This episode of Mr. Saltwater Tank TV will give you the background of the experiment:

I’ve profiled the host tank before on Mr. Saltwater Tank TV so watch this show to get the full background:

Quick facts about the host tank:

Fat Jack  gets a makeover

Mike added a PVC/ABS plastic structure to hold frags. It will hold over 100 frags and we’ve got several tiers to play with frag placement. 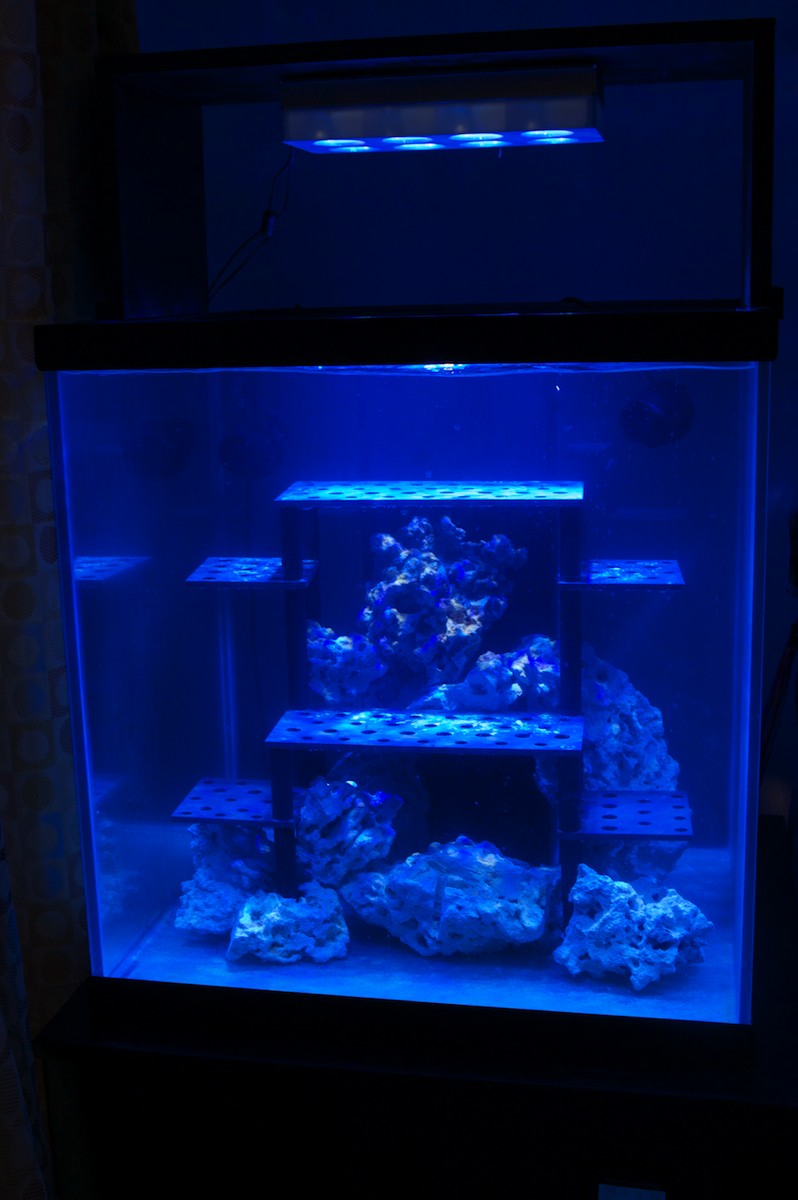 Brandon over @ AquaNerd generously sent me his PAR meter  to do the testing on Fat Jack! Thanks Brandon. If you haven’t checked out AquaNerd, it’s a great daily read. 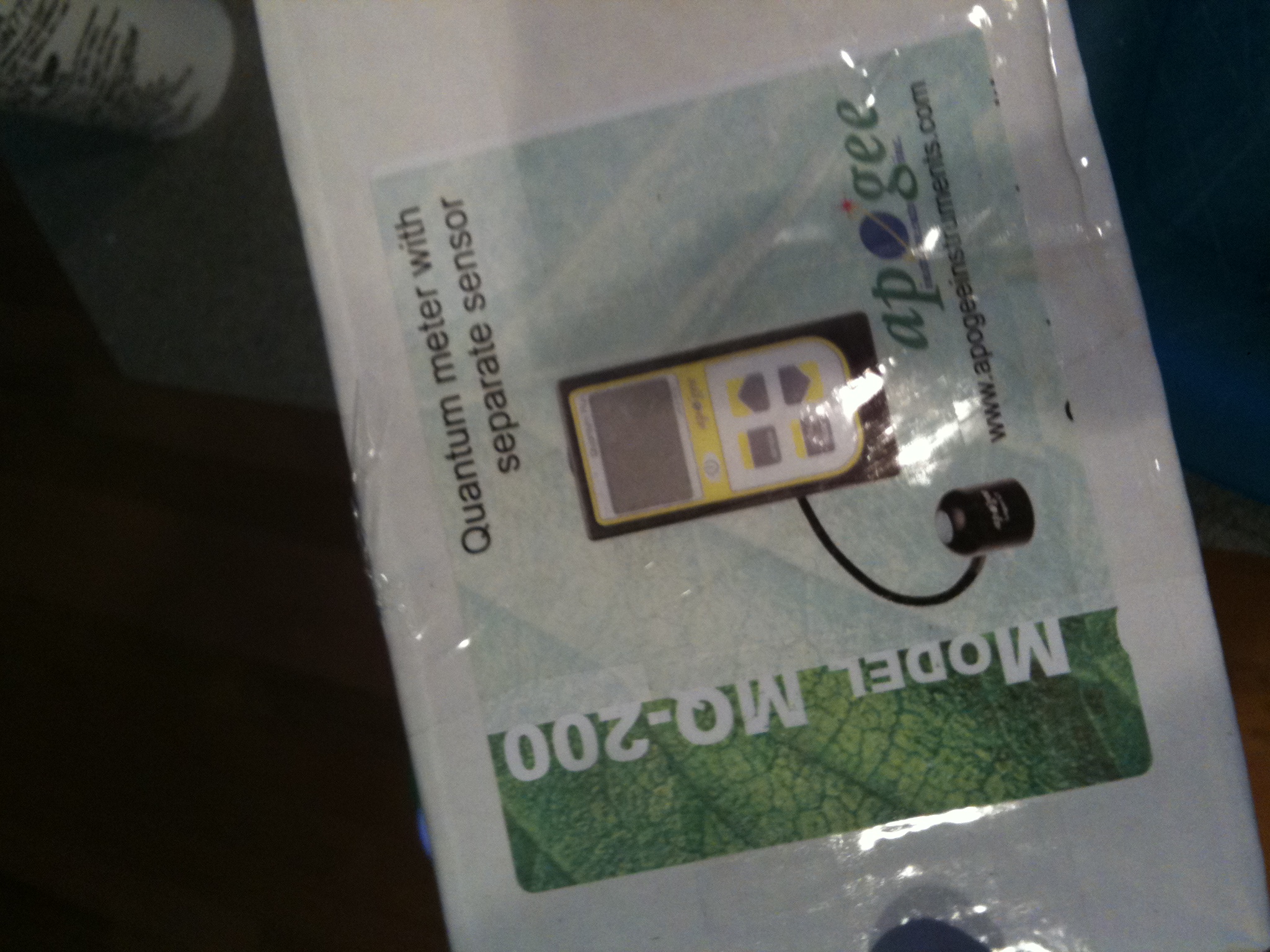 Our PAR measurements are in for Fat Jack and Big Momma (the 120G). We’re not surprised that the 400W Halides under individual Lumen Bright reflectors pump out some serious PAR and a PAR reading of 2000 right under the AI fixure isn’t too shabby either.

To level the playing field as much as possible, we took the PAR values on Fat Jack’s racks (that sounds like a bad pun doesn’t it?) and found equivalent zones with similar PAR readings in the 120G. These are the “High Zone” and “Low Zone” areas you see on the picture from Big Momma (on the right). These areas are where we will place frags to test growth rates between the two tanks. 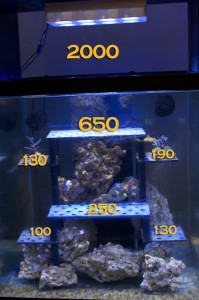 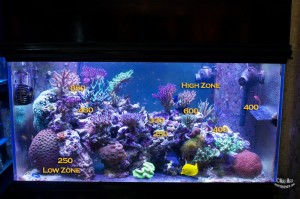 Corals are in…the sea of green

Not surprising that Fat Jack has an algae outbreak. Between the new rock we added and the plastic frag rack, there is plenty of food for algae to eat. The algae should be gone in a week or two as a natural course of events and due to the fact we added some snails and crabs to feast on the sea of green.

We’ve also added some SPS frags to Fat Jack to try to get some early indications on how they’ll fare under LEDs. I also trimmed up some SPS colonies and left Mike with frags so that he can place them under the halides and under Fat Jack’s LEDs. Once he places the frags, I’ll post pictures so we can start the grow-off! In the meantime, here are some pics of what we added. Note…the pics were taken under 100% Royal Blue setting so you get an idea of the “pop” that the LEDs give off. 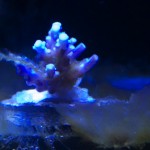 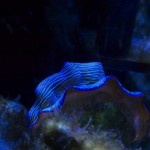 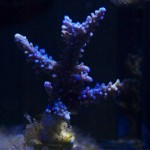 I’ve been getting questions about the LED lighting schedule/ramp so below is the program from the Apex:

Let the growth begin! Mike fragged out some colonies of coral to make 2 sets of smaller frags. 1 set will go in Fat Jack under the LEDs, one will go in the main tank under the metal halides.

We’ll be documenting growth and color changes along the way. Now, meet the players: 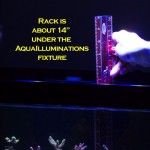 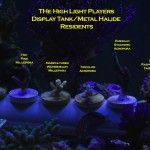 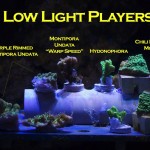 Two weeks isn’t a lot of time in the world of SPS growth rates so I’m not surprised I’m not seeing much in terms of growth changes. However, I’m starting to see some subtle color changes, especially with the yellow hulk tort. The LED frag looks slightly bluer then the halide frag when viewed under the LEDs. Perhaps it is due to the fact that the LED frag is more of a top-down shot, which always leads to the best colors, but nonetheless, it will be something to keep our eyes on. 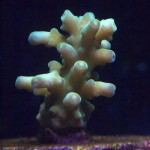 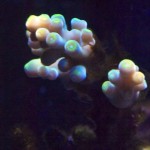 Since we have some low light areas on Fat Jack, Mike added some chalices from Vivid Aquariums to change things up a bit. We had to throw you LPS guys a bone!

Here are the chalice players: 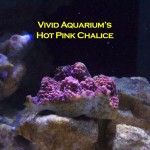 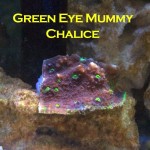 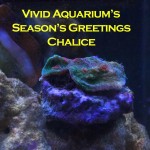 Mark asked me to take a few minutes to update all those interested in the big Fat Jack study so I snapped some photos this afternoon and took some time to put my thoughts together.

First, let me give you a general update on my system.  Beginning in February, I began to “enjoy” some hard to explain incidences of STN(slow tissue necrosis).  I had been fighting this problem unitl the end of May and lost a number of beautiful colonies to what all that I surveyed agreed was a chemistry problem.  Well, it turns out it was…the water was too clean!  My turf scrubber and carbon dosing combination had effectively stripped the water to the zero nutrient point.  The old tank had gone from Ultra Low Nutrient to  Zero Nutrient!  The product of that development was that my SPS were stressed and a number of the colonies and a couple of the Fat Jack Study Frags were lost along the way.  The pink millie frags are no longer with us and the LED version of the tricolor acro was lost.

The bottom line is that we are down to four high light specimens and they produce a nice demonstration of the capability of LED lighting.  So far, I feel that I can safely say that LED lighting is a viable choice for SPS.

Remember, we set out to demonstrate whether LED lighting would produce better or worse coloration than metal halide.  We did not set the project up to draw conclusions about growth so my comments this afternoon are limited to color.

First, let me show you the low light specimen.  In my opinion, both lighting systems are producing equivalent results.  See what you think! 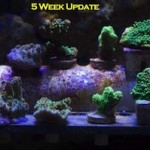 I can’t see a difference in color between the frags on the rack that were in the halide tank and the frags below them that have been basking in the glory of the Aqua Illumination LED Brick so if montis and hydonophora type stoneys are your bag, you can definitely grow them in the bottom half of a 24” tall tank with LED’s.

Okay, now the high light stuff.  Here’s a photo of the family of frags.  Please forgive the algae growth and dead spots as they were a product of the stressful conditions that lead to the STN situation.  Things have stabilized and I am excited to see improvement in both tanks as the improved conditions work their magic! 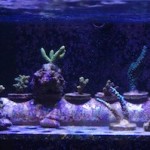 Now, let’s look at some of the individual high light frags.  In the +1 LED department, the maricultured millie frag that lives in Fat Jack appears to me to be doing quite a bit better than the one on the halide tank. 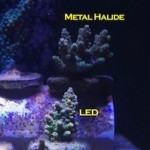 In the same color for both tanks category, the Reef Exotic frags appear to look like they don’t care where they live.

And finally, in the +1 for Metal Halides class, the Teal Staghorn and Yellow Tort really do look like they are doing better under the halides as compared to the LEDs. 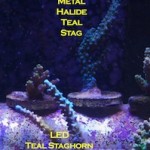 Now, given the stressful conditions under which this great adventure were started, I want all of you to stand by with Mr. Saltwatertank and I for another 4-6 weeks while we wait and see if either lighting system pulls ahead with better water conditions.

I believe that it will end up being a wash in the color department.  That is my two cents worth, but let’s all exercise a little more patience and wait and see.

This whole thing has been a lot of fun, but I don’t believe that we have had the specimens in the systems long enough to tell much of anything conclusively.  I’m happy to host this project another two months if you all are happy to wait for the updates.  How does that sound?

As always, I enjoy all the comments you post on Mark’s site about our project.  Thank you for your support and interest in our project!

Here is something interesting Mike and I observed with 2 frags of Vivid’s Blueberry Ice Acropora.

Both of these frags came in on the same shipment and went into Mike’s tank on the exact same day. One frag went under the Halides, the other under the Sol LEDs.The below pictures are of the frags after 1 week.

Note: White balance has been applied to these photos, and no color enhancing has been done. 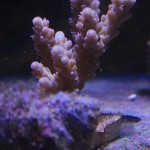 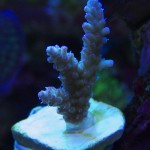 Our observations: The LED frag looks washed out and has obviously changed colors. The Halide frag looks like what the coral is supposed to look like judging by the pictures that were on Vivid’s website. Granted Vivid’s coral pictures are taken under Halide lights, the color differences between these frags are not due to the differences in lighting (i.e. one type of lighting making the frag look one color when it is actually another). Something has obviously changed with the LED frag.

Is the LED frag stressed and therefore changing colors? Is it not getting what it needs from the SOL?  No way to be 100% sure but I did move the LED frag into my 90G tank under my Halides to see if it changes color back to the beautiful frag I bought!  I don’t need any more purple frags and if the shift in colors is that dramatic for corals under LEDs, I’ll continue to hold onto my cash.

I’ll post some pictures if I see changes in the frag under my halides.

Here’s the latest on the Fat Jack Experiment: