Write-Up Wednesday: The Moodiest Coral Around

Watching your corals closely is one way to tell what is going on inside your tank. For example, if your SPS corals are bleaching at their tips, that is usually a sign of alkalinity swings. If your pulsing Xenia dies, it’s a sign that you’ve really screwed things up because you can’t kill pulsing Xenia.

What if a coral could easily communicate with you to tell you exactly what is going on in your tank? I’m here to tell you that such a coral exists and it is available starting right now.

Introducing CS6 Corals’ “Dramatic Acro”. NOTE: The fact that CS6 is also the name of a version of the popular photo editing program “Photoshop” is purely coincidence. CS6 Corals says they do not photoshop their coral photos in any way. 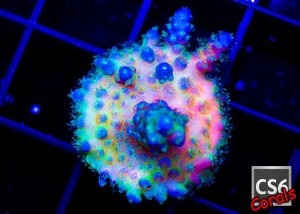 The Dramatic Acro is the best barometer of your tank’s health that has ever existed. Forget test kits, refractometers, or PAR meters. Those tools are prehistoric at best compared to the Dramatic Acro. 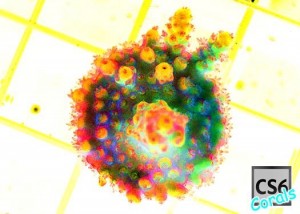 Having been in the saltwater tank hobby for seventy years (I look young for my age, more on that next April 1st), I’ve never seen a coral display such dramatic color changes in response to stress and live through it.

Even Ben Johnson of Captive Aquatic Ecosystems, a long time SPS expert has this to say about the Dramatic Acro, “DAYUM!”

Other industry experts such as Josh Davis of Murfreesboro Aquatics agree, “I can take amazing coral photos and photos of this coral don’t need any color balancing at all. It looks JUST like the photos even if you shoot the picture with your smartphone”.

I agree. This color is amazing. Here are two other photos showing the color changing ability of the coral. Remember, these photos are NOT manipulated in any way.

When the coral isn’t getting enough light, it gets sad and turns a gray color as shown here: 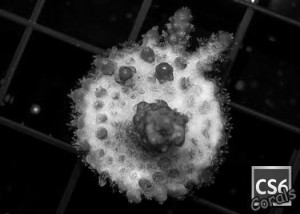 When the dramatic acro senses it is St. Patricks’ Day, it turns green: 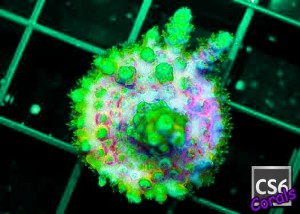 An amazing SPS coral like this one will convert even die-hard softie fans to full on SPS-aholics. Right now people are leaving the lines formed outside of Apple Stores for the new Apple Watch and running to CS6’s Corals retail location. CS6 Corals is located at their parent’s house and operates out of their garage. CS6 Corals requests that people form an orderly line and NOT camp on their parent’s front lawn.

I’m lucky enough to have received a frag of the Dramatic Acro and I am growing it out right now. Once the coral is at least a 2″ frag and I can see it, (my frag was .0000000555 inches long) I’ll let you know if the claims of CS6 Corals are true.

Comments for this article (21)